Representation of the destiny’s revelation at a specific moment.

Abstract animation from birth to death simulating ultrasound images (echography) projected on a sculpture of a womb made of *moonstone supported on a replica support of the instrument of torture from the Middle Ages *iron cat’s claws.

Mirror on the illuminated ceiling that reflects on the floor the light of the moon scattered on the water. The animation will be accompanied by a soundscape, a composition of sounds of heartbeat, current of blood flow, breathing and bowel sounds. Speakers inserted in a black iron structure with a concave shape of a womb (inverted, the interior or the other half of the stone belly)

* moonstone
There is a belief that moonstone is a gemstone associated with increased fertility and pregnancy. It is named as the “healing stone of the mother”, it helps maintain hormonal balance and regulates the menstruation cycle.
In some Indian cultures, Moonstone is assumed to have been born from hardened and crystallized moonbeams that fell on the Earth’s surface. This is the reason why he is believed to possess the powers of lunar deities and protect pregnant women during pregnancy.

*cat claws
They were like four fingers of an iron man that were used to reduce the meat of the inmates to strips and extract the bones, in any part of the body: abdomen, back, extremities, breasts… 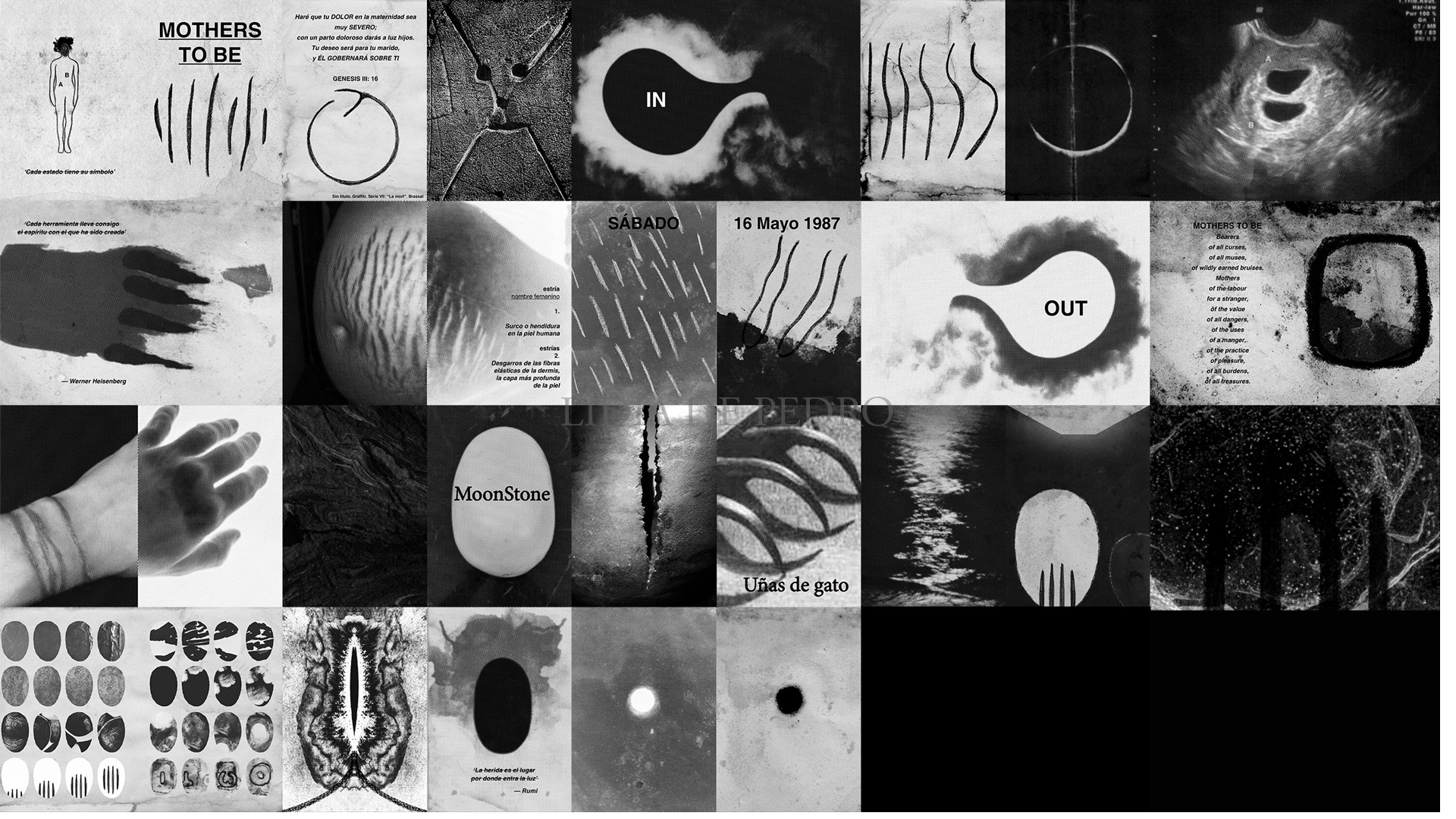 “SEVEN REALMS. A Draft for Renewal”